Hurricane Windows & Doors of Florida, Inc, is committed to the safety of your family throughout the entire year. We want to protect your home from burglars and help lower energy costs during the off season. More importantly, we are committed to securing your family and home during the hurricane season. We are here for you!

Therefore, we keep ourselves informed as the season approaches and want to keep South Florida residents aware of current weather models. With experts saying this year is bigger than expected, here is information and links to keep you informed

CNN meteorologist Taylor Ward says, “Nearly all seasonal Projections that have been issued by various agencies, institutions, and private forecasting companies call for this season to be quite busy”.

With predictions of over 7 hurricanes and 17 named storms, this will be a busy season based on recent information at Seasonal hurricane Predictions.

Even though the National Oceanic and Atmospheric Administration hasn’t released their official report, we still have a common agreement with forecasters in the industry pointing to a busy season in 2020.

Premature forecast have a tendency of being different from one another, but with 13 original groups submitting to Seasonal hurricane Predictions, we have common insight among forecasters with an idea on what to expect.

Phil Klotzbach, research scientist in the Department of Atmospheric Science at Colorado State University says, “In general, the consensus between seasonal hurricane forecasts this year is greater than it has been the past few years,”

When sea surface temperatures rises, it can be compared to adding fuel or food for hurricanes. The warmer the ocean, the more fuel is available for the hurricane to consume.

“The current Atlantic sea surface temperature set up is consistent with active Atlantic, hurricane seasons,” and “with the notable exception of the far North Atlantic, which remains somewhat cooler than normal,” quoting Phil Klotzbach

With data from multiple forecasters and models, we can assume this year will be above average. These forecast groups aren’t the official words of the NOAA, but they have been producing forecast for decades. This is something to consider as we wait for NOAA’s official announcement. 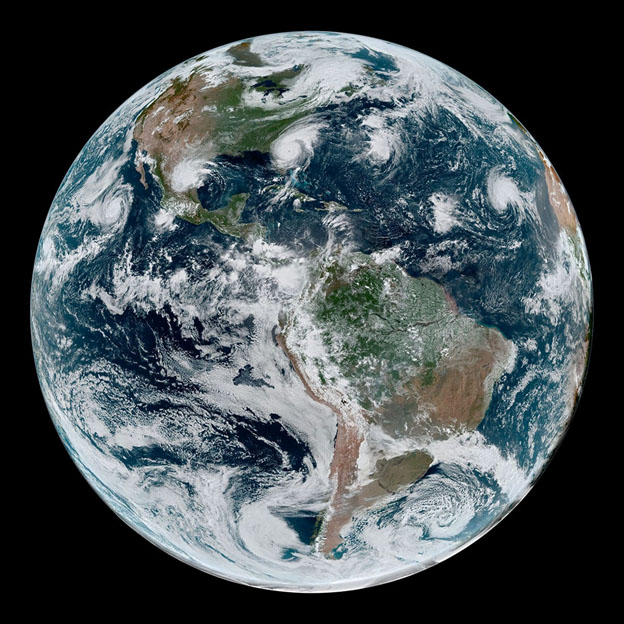 Living is South Florida we are no strangers to the powers of tropical storms and hurricanes. It’s important to get ready before these storms have a chance of making landfall, instead of rushing at the last minute.

There can be a possibility of the forecast being wrong and no hurricane making landfall.

As meteorologist Taylor Ward says, “all coastal residents should certainly be paying close attention and have their hurricane plan ready for the upcoming season,” It’s best for us to be safe than sorry, hoping we don’t get any hurricanes.

For all your hurricane windows and doors protection we are here to help. Also remember the importance of trimming trees, checking for items that can easily be picked up with hurricane-force winds, and stocking up on water and none perishable foods.

Stay safe and prepared, you never want to say “I wish we were ready,” but instead “I’m glad we are ready,”. All it takes is one bad store for you to lose everything.

About the Author: javier

Hurricane Window & Doors have different products to meet the needs of every single customer. We can get your job in a budget and conscious friendly manner. The goal is to ensure all customers have quality products to protect their families from not only harsh weather but intruders.We are part of the PACE Program with OUR partners, YGRENE and RENEW. We can provide 100% financing!! Apply Free of charge in the comfort of your home no credit score required simply follow the link as see if you qualify for a loan.

Hurricane Windows & Doors has 20 years of experience and all the credentials necessary to provide you with exceptional work to meet your needs.All of our employees are all clean cut, professional and accommodating. We are here to make your experience as painless as possible. South Florida is full of unsavory contractors but at Hurricane Windows & Doors we can ensure you that you’ll have a different experience with us.

Hurricane windows understands the importance of making sure your homes are safe. All employees work directly for Hurricane Windows and Doors, inc. Not one single employee is subcontracted. Complete and thorough background checks have been done so you know that we are committed to your safety, before and after the job is done.

Hurricane Window & Doors, Inc. believes in providing customers with American made products. Our window suppliers all use T6 Aluminum, Stainless steel connections, screws, and finishes. We use only the best available Oil Based Caulking for exterior Quad and for the interior we use a nice/clean White Polyseamseal caulking. Our installers are all highly skilled professionals with over 15 plus years of training. We pride ourselves in having certifications in PGT, CGI, and Lawson plus other certificates such as LEAD ABATEMENT required by the EPA.